We make every effort to welcome you serenely. Consult our Health and Safety charter.

Beauval Zoo
The Beauval Zoo keeps getting more and more charming.
Since 2012, the zoo has been welcoming almost a million visitors each year, especially thanks to the arrival of two new residents, broadcast widely, who are named:
Huan Huan and Yuan Zi, two Giant Pandas who have come straight from China to enjoy life under safe protection.
The Beauval Zoo specialises in rare animals such as manatees, koalas, okapi... In total, there are more than 4,500 animals housed in the zoo, at the heart of the Loire Valley and its châteaus, spreading over almost 30 hectares.
The Châteaus of the Loire
If you visit the Loire Valley, Blois is an unmissable place, whose royal château forms its centre.
This château has a great historical richness, for its construction dates back to the Middle Ages.
Cheverny and Chambord are only around 20 kilometres away.
The Château de Cheverny is memorable for inspiring Hergé in his ‘Adventures of Tintin’, who replicates it in his Marlinspike Hall.
The Château de Chambord is perhaps the most well-known of the Châteaus of the Loire, being the largest, with over 5000 hectares of land.
For many, it is also the most beautiful.
Discover the Châteaus of the Loire closest to the hotel in Blois. 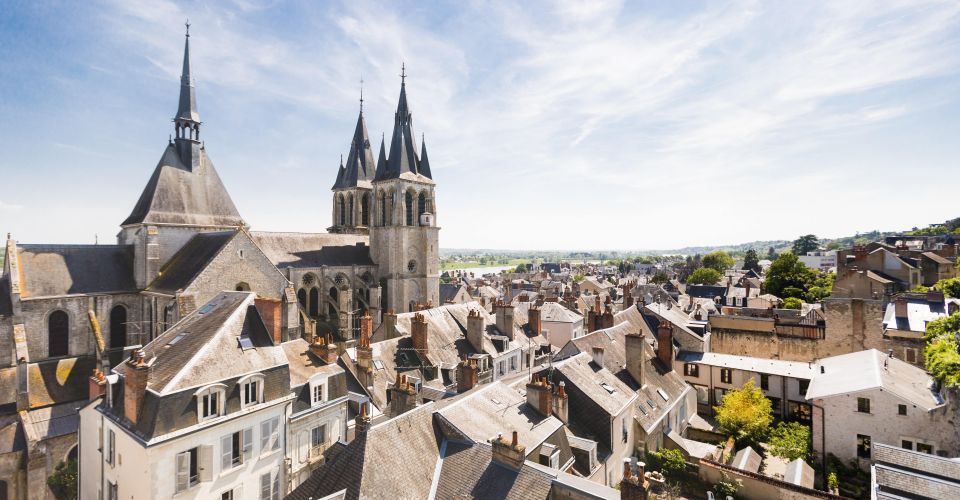 Discover the different activities to do during your stay in Blois and its region. Click on the link below to better plan your stay.

activities and tourism in blois

Travel back in time by visiting the Château de Blois, former residence of the Kings of France and extend your historical visit along the Loire River with the Château de Chambord. For museum lovers, don't miss the Museum of Natural History and sports enthusiasts will find something to enjoy themselves at Cap Karting. There is always a surprising activity waiting for you in Blois.